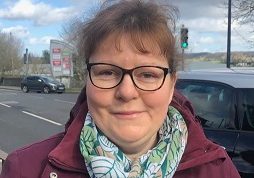 Maidstone Greens are not surprised that 80% of local people are concerned with the level of housebuilding in Maidstone – We certainly agree!

The Lib Dems Local Plan Review, which came out last year, completely failed to take climate change into consideration. They propose to build 18,210 homes and state that the building of these would emit 1.8 million tonnes of CO2 which would not be in line with Maidstone Borough Council’s declaration in April 2019 of a Biodiversity and Climate Emergency.

Donna Greenan, Bridge Ward campaigner for Maidstone Green Party said: “I am appalled by the council’s local plan proposals. Climate change is only paid lip service to and it is clear that they have not understood the impacts or requirements despite declaring that climate change is an emergency last year after we triggered the debate.”

“Their own policy on climate change commences with the words “Adopt a strategy for growth” demonstrating the council’s fundamental lack of understanding about the connection between the environment and the economy. You cannot have never-ending growth on a finite planet. It is time to stop making this the goal of our generation.”

“They go on to propose building 18,210 homes ignoring the fact that just the construction of an average house in the UK creates around 50-80 tonnes of carbon emissions which contradicts the council’s aim to be carbon neutral or that climate change is an emergency.”

“Upgrading and restoring empty homes and buildings around the borough would reduce carbon emissions and bring parts of our community back into use. By continuing to build large housing developments on the outskirts of town we are putting more pressure on our roads and further damaging our already poor air quality.”