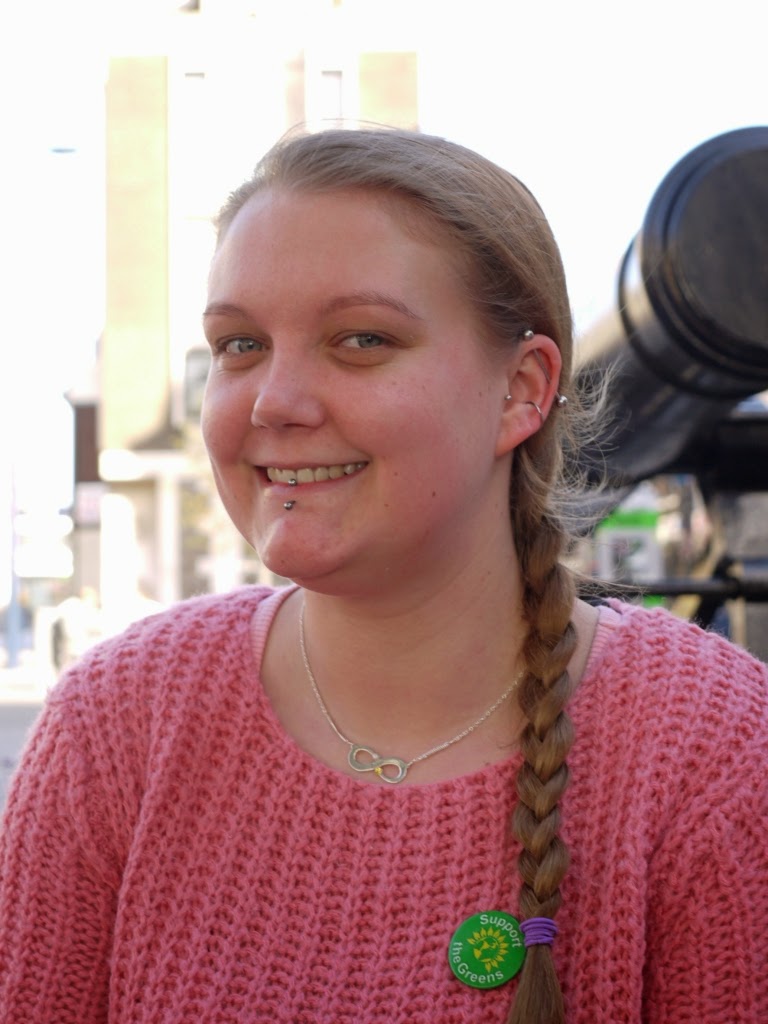 Maidstone Green Party has announced its parliamentary candidate for Maidstone and The Weald as Hannah Patton. The announcement comes after a tough selection process and ballot of all local members.

Hannah is 28, works locally as a youth worker and is a former Member of the Youth Parliament for Maidstone.

Hannah Patton, Green Party Parliamentary Candidate for Maidstone and the Weald: "I have been passionate about politics from a very young age, and have been actively involved since I became part of Maidstone Youth Forum 14 years ago.

"Young people have a lot to offer but the younger voter is under represented in parliamentary discussions. I would like young people to have the same opportunities to engage with politics that I have had.

"The future is starting to look bleak for young people, climate change is beginning to shape our weather while government has been hell bent on trying to force pupils through a one-size fits all education system than leaves them disillusioned and ill prepared for the future.

"But education can make a difference. Focussing education on skills for the future is essential. We need to teach young people to think for themselves and to engage with their communities. We must have more focus on citizenship education including sex and relationships, health, politics, alcohol and drug information, as well as money management.

"Our reliance on non-renewable energy must come to an end. The only energy sources that will last into the future are renewable sources and we must switch to these as soon as we can.

"I will be campaigning hard against ‘fracking’ which is likely to come to mid Kent very soon. Fracking is hugely polluting and completely unnecessary.

"And of course, I would really love to represent Maidstone again in Parliament!”