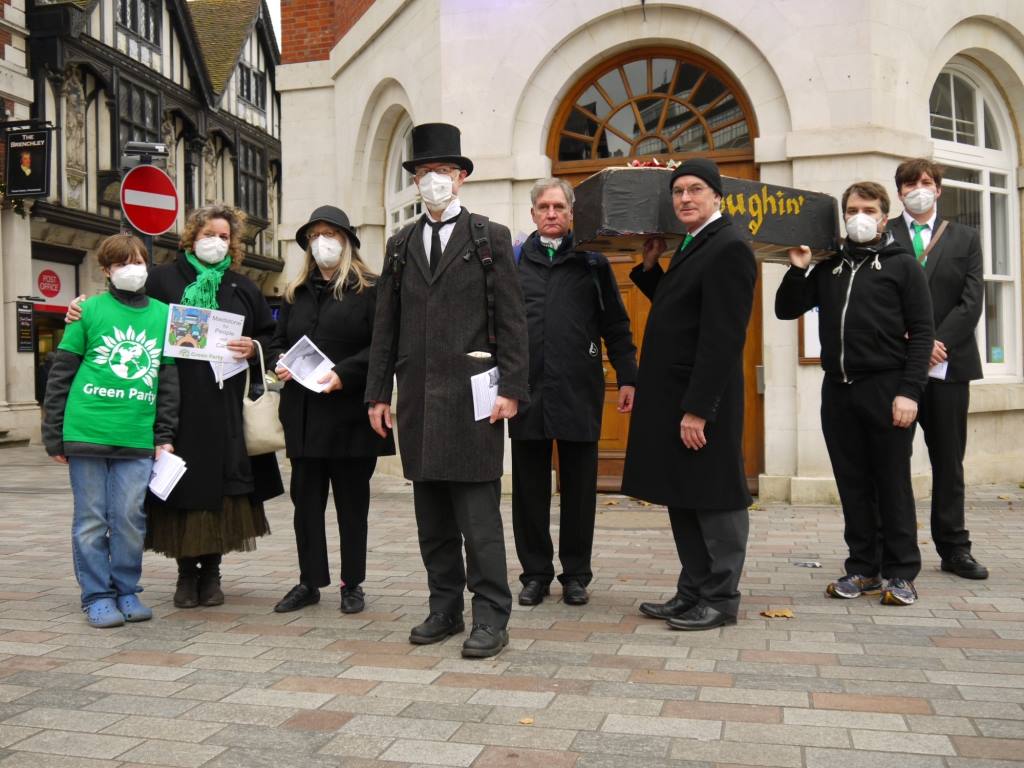 Local Greens have slammed Maidstone Borough Council’s Climate Change and Biodiversity Strategy as a strategy for failure and have called for the wholesale resignation of the council. They state that Council’s plan lacks specificity and has targets far lower than needed. They criticise the Council for ‘encouraging’ and ‘supporting’ rather than taking decisive action.

Stuart Jeffery, secretary of Maidstone Greens and who triggered the council’s declaration of a climate emergency: “The Council’s strategy has aims that fall wide of any rational response to the twin emergencies of climate change and ecological collapse. The Council aims to reduce carbon emission in the borough by between 35% and 55% by 2030, despite the same report stating that an 82% reduction is needed in line with The Paris Agreement. Not only are they aiming at half the reduction needed, the plans that they put forward simply do not show how this will be achieved.

“Our carbon budget is running out. The Borough can only emit 5.4 MtCO2e between now and 2100 if it is to meet The Paris Agreement yet it is currently emitting 0.8 MtCO2e each year and increasing those emission by its rampant house and road building projects. Actions to ‘support’ and ‘encourage’ simply do not cut it in an emergency.

“The biodiversity part of the plan is even more vacuous. The plan proposes to increase tree cover by 46 hectares, yet there are 393,300 hectares in the borough. This would mean an increase in 0.01% in tree cover. Biodiversity loss is an even bigger emergency than climate change and it needs radical action, not tinkering.”

“The Council has wasted 18 months writing a strategy for failure, no wonder it kept delaying its publication. If councillors cannot devise a plan for a sustainable future, one that supports life for our children, then they should resign and let people with the political will to deliver this take charge.”