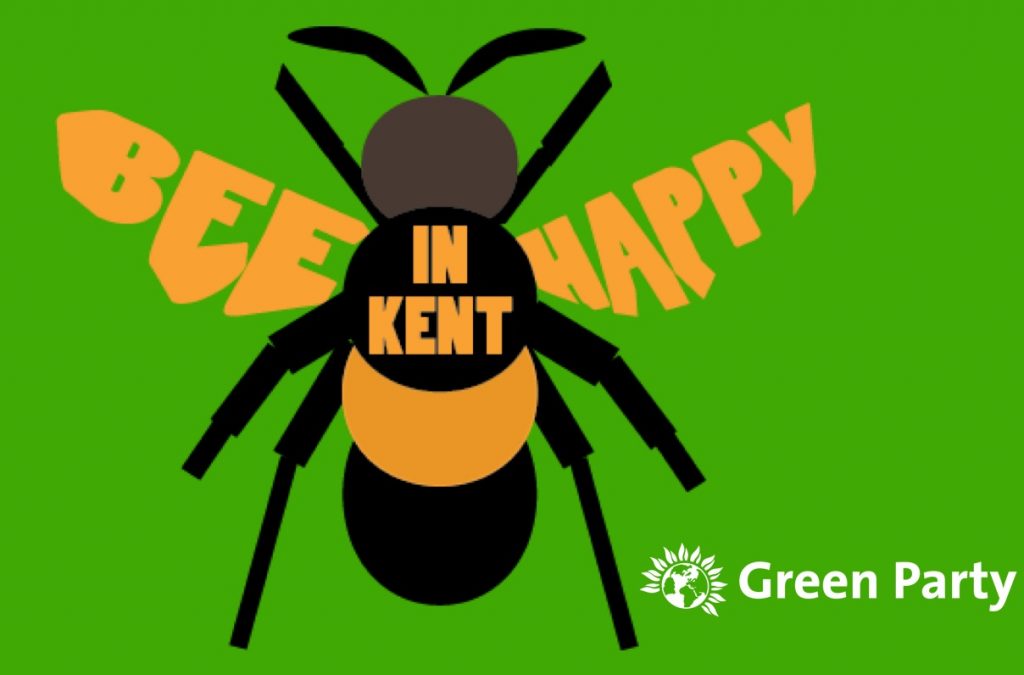 Kent County Council have started spraying the weed killer, glyphosate, along Maidstone’s roads just days after ‘World Bee Day’. Glyphosate has been shown to harm bees, making them less resistant to disease, and has been linked to an increased risk of cancer in people. Maidstone Greens have called on KCC to switch to alternative methods of control used by other councils, such as vinegar solutions or steam, and they have launched a Kent wide campaign to get glyphosate banned from Kent.

Donna Greenan, Green Campaigner in Maidstone: “KCC start spraying glyphosate at exactly the same time that bees are at their most active yet the council are using a chemical that is deadly to bees. This is in direct contrast to their stated aim to help pollinators, pollinators that are essential for growing food.”

“Glyphosate has not only been shown to be harmful to bees but it also increases the risk of cancer in people too. There are other methods of controlling weeds used by responsible councils around the world, so why does KCC have to use such a deadly one?”

“We have today launched our ‘Bee Happy in Kent’ campaign to end glyphosate use in Kent and are urging KCC to quickly consider what they are doing.”