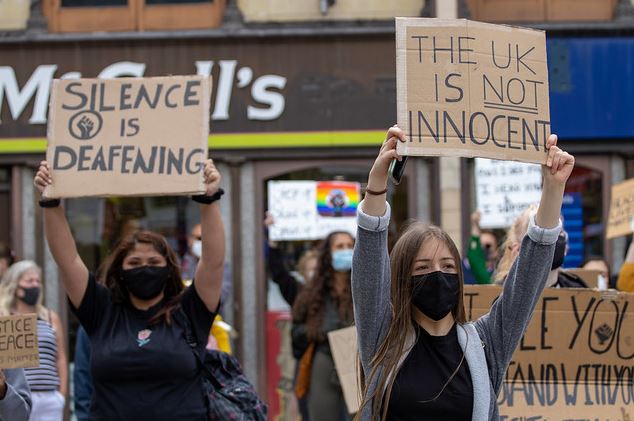 Maidstone Green Party has spoken out in support of the Black Lives Matter movement in the wake of the death of George Floyd. Members of the local party were at the protest in Maidstone on Saturday.

Stuart Jeffery, Maidstone Green Party: “We stand with our Black, Asian and Minority Ethnic friends and relatives against the racism here in the UK and around the world because Black Lives Matter.

“While the protests have been sparked by the murder of George Floyd in the US, you only have to think of Rashan Charles, Charles de Menezes, Mark Duggan, Stephen Lawrence and many, many others to know that the UK has a real problem.”

Kimmy Millham, Maidstone Green Party: “Britain has an appalling history of racism as the events in Bristol have shown. That statue should have been removed a very long time ago.

“We must learn to listen to black voices, to educate ourselves and to fight for a better world for people of colour everywhere.”

Published and promoted by Chris Rose on behalf of the Green Party, both at The Biscuit Factory, Unit 215 J Block, 100 Clements Road, London, SE16 4DG.