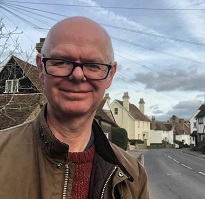 Local Greens have renewed calls for Maidstone Borough Council to take action on air pollution following new research showing a direct link between pollution spikes and childhood asthma attacks. They are calling again for enforcement of existing laws against idling engines to bring Maidstone in line with other boroughs.

Stuart Jeffery: “This latest research add stark evidence to the damage that air pollution does. How we can sit by while children are harmed in this way is beyond me. Children should not need to go to their GP simply because our council has failed to tackle air pollution.

“There are powers that Maidstone Borough Council could put in place right now that would reduce the harm being done to kids. It is illegal for engines to be left idling while vehicles are stationary and the council has the powers to fine people who do this but they seem to lack the political or moral will to do this, despite Maidstone having the second worst air pollution in the South East.

“Once again I am calling on them to take action against air pollution, I hope that they wake up to the problems that people are facing.”